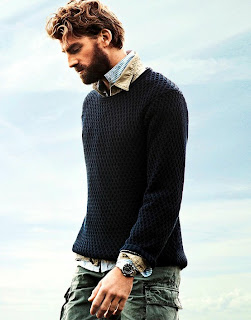 Hey look at that, this is the second name in one week that's has a well known namesake that was portrayed by Johnny Depp! The iconic Ichabod Crane was created by American author Washington Irving for his short story "The Legend of Sleepy Hollow."

Ichabod (pronounced "IH-kah-bohd") is a Hebrew name, and it has an interesting meaning: "the glory is gone." Some experts disagree with that, this might be folk etymology. For Christians, Ichabod is the grandson of Eli the High Priest and the son of Phinehas. Ichabod is barely mentioned in the current Bible, but there is evidence to suggest that his role was once very important. The character Ahitub is referred to as the brother of Ichabod, not as the son of anyone in particular. Why would being the brother of Ichabod have any relevance? Some scholars believe that Ichabod and the Biblical Jacob are the same person, and that Jacob and Ichabod are both variations of Jochebed. Jochebed means "Yahweh is the divine glory."

Washington Irving based his character not from the Bible, but off of people he knew. He met Captain Icabod B. Crane who fought in the army during the War of 1812, and the name must have appealed to him. As for the character's attributes, they are based off of a schoolteacher named Jesse Merwin.

As the story goes, Ichabod Crane is a scrawny, skittish school teacher working in Sleepy Hollow who is very superstitious and panics at the slightest things. He becomes attracted to the wealth and beauty of Katrina Von Tassel, who is the only child of a rich farmer. A guy named Brom, who is all muscle, wants Katrina too. The two men instantly become rivals.

Both men are invited to a harvest celebration at Katrina's house. Ichabod makes a proposal of marriage to Katrina, but she refuses. It is suggested that she was only using him to increase Brom's desire for her. Downtrodden, Ichabod rides home. On the way he encounters another traveler, who is reveled to be the legendary Headless Horseman. The Headless Horseman is the ghost of a soldier who was decapitated by a cannonball during the Revolutionary War. Ichabod flees in terror towards the safety of a bridge in a Dutch burial ground. The legend stated that the Headless Horseman couldn't cross this bridge. At first, it looks like Ichabod is safe. But then the Headless Horseman throws his severed head at Ichabod and knocks him off his horse. The next morning, Ichabod's hat is found next to the remains of a shattered pumpkin, and Ichabod is never seen again. The author makes strong hints that the Headless Horseman was really Brom disposing his rival.

Some people believe that Ichabod is unusable. After all, cowardly Ichabod Crane isn't exactly the most positive of associations. Some won't touch it because they think it sounds like "icky bod," which I think is a little bit silly. I think the name's interesting. It has a good sound. I have no idea how many people it would appeal to, but I think it's worth it to no write it off completely.

Image Credit:
Found via http://pinterest.com
Posted by Isadora Vega at 10:54 AM