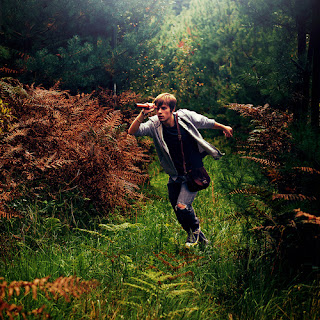 Well, I almost missed Columbus Day without posting about it. Some Neo-Pagans might wish that I actually did.

Between 1492 and 1503, Christophorus Columbus (born Cristoforo Colombo, now known as Christopher) made four round trips between Spain and the New World, which Columbus always insisted was Asia despite all evidence to the contrary. These voyages marked the beginning of European exploration and colonization.

Columbus (pronounced "cuh-LUM-bus") is an old hero name. Apparently, the names Columbia and Columbus spread rapidly after the Revolutionary War and was used until very recently. It peaked in the 1880s at #228 and steadily trickled down the charts until it disappeared in the 1960s. Columbus is a variant of a Latin word meaning "dove." Columbia is a poetic name for America derived from the explorer's moniker as well as a female personification of the country. This name was given to our nation's capital, the District of Columbia. Columbus does have a beautiful sound. So why isn't it used much today? It's still a hero name, right? Well, not so much.

First of all, we all know that Columbus didn't "discover" America, right? That particular honor is usually given to Leif Ericson now, the Norse Explorer who landed in Newfoundland some 500 years before Columbus. But if you really think about it, the Native Americans themselves discovered America when they migrated from Eurasia to this continent via a land bridge that used to connect what is now Russia and Alaska 60,000 years ago (this theory is still debated).

No, Columbus is the guy that opened up America for the purposes of making money. Back then, this meant killing and enslaving lots of indigenous people. And this is why Columbus' legacy is no longer considered noble, particularly to the Native Americans. Like most Europeans back then, Columbus didn't make much of them. When he first encountered Native Americans, he wrote, "I think they could very easily be made Christians, for they seem to have no religion," and further, "I could conquer the whole of them with 50 men, and govern them as I please." After he landed in Hispaniola, now Puerto Rico, the native Taino people died off at an alarming rate. Before, there was an estimated 300,000 people, but 56 years after Columbus landed that population was brought down to less than 500. It is suggested that had Columbus not arrived, the Native American population, culture, and sacred structures (both man-made and natural) would not be on the life support that they are on right now.

The Native American religions are considered a form of Paganism, so many Neo-Pagans are going to side with them. Others choose to embrace the positive, the willingness to take risks and the spirit of adventure that Columbus has embodied for many centuries. Because of it's former popularity, many people pick this name because they saw it on their family tree. And Columbia is a very appropriate name for this time of year. Can you figure out why? I'll give you a hint, couple it with Frank, Magenta, Brad, and Janet. Other variant forms include Columba, Colombe, and Colombo.

Columbus is a name that keeps re-entering and leaving my favorites list, and if you look at the history it's clear to see why. So if you're going to use this name, you must know that you're going to wind up dealing with lots of conflicting emotions from other people.