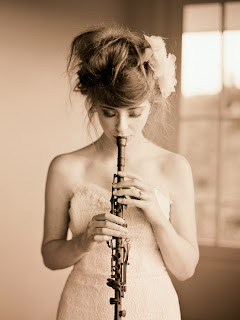 Tallulah has requested a profile of Bryony. And by the way Tallulah, you did it right. Pretty much I just have readers leave name requests in the comments. Since I have a theme planned for the month of January, this is really the only time I can get around to it.

Bryony (pronounced "BRIY-eh-nee" or "BREE-eh-nee") is a Latin name derived from bryonia, and it means "to swell" or "to sprout." The bryony plant is a type of vine related to cucumbers. It is native in Europe, the Canary Islands, North Africa, and South Asia. It has small greenish flowers, which is a rather unusual color.

This isn't a plant that you can find in many Neo-Pagan herbal sources. There's a reason for this. Although some species have been used in herbal medicines, most are poisonous and can be fatal when ingested. Two species, the white bryony and black bryony, were used as powerful purgative. No bryony should be used without medical supervision. A popular film suggests that this could be used in a love potion (the source didn't say which popular film). Don't even think about it.

Bryonys were considered wicked during the Middle Ages. Scammers would pass of bryony roots off as mandrakes, and then sell them to women wanting the later as fertility charms. Today, Neo-Pagans consider bryony roots to be a good substitute for mandrakes, even though both are equally difficult to find in the United States. In Poland, the plant was fenced in when found in order to protect it. They believed that since the leaves resembled a child, destroying a bryony would destroy their own child's happiness.

Generally, when I think of this name I think about the United Kingdom. England's Royal Navy named two of their ships HMS Bryony after the plant. My first encounter with the name was with the book and film Atonement. In the book by Ian McEwan, Briony is a young, imaginative girl who aspires to be a writer. She witnesses a moment between her older sister and her friend that she doesn't fully understand, and sets of an unimaginable chain of events. Other fictional Bryonys can be found in novels that include Touch Not the Cat by Mary Stewart, Belladonna: A Novel of Revenge by Karen Moline, And Justice There Was None by Deborah Crombie, and Night in Eden by Candice Proctor.

Bryony is a relatively new coinage. One source says that it didn't enter "naminess" until the beginning of the 1900s, another says it was popular during the 1700s. The name is most often found in Scotland, where bryonys are common plants. As of 2008, it ranked #433 in that country. Alternate spellings include Briony, Bryonie, and Brioni.

However, Bryony is not a common plant or name in the United States. One person with this name says she has trouble from those who assume that Bryony is a form of Brian. Although I think that this name could very easily be used for a boy, history suggests that it's primarily a girls name.

I find it interesting that she appears in a novel as the daughter of someone named Belladonna. Clearly, they're both poisonous plants, but Bryony comes off as the less sultry, no nonsense version of Belladonna. She sounds like the brainy girl, and it's full of woodland beauty. I don't know if it's for me, but it would be wonderful to see it more on the playground.