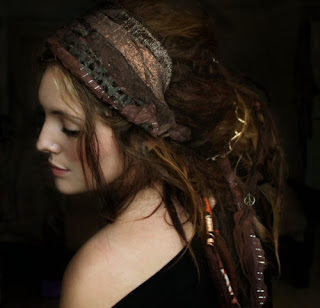 Wren's been gaining more and more attention by name enthusiasts, and this season is an appropriate time to profile it.

Wren (pronounced "REHN") is is an Old English name derived from wrenne and wraenna. Many of the names used in reference to this bird mean "king" or "little king." It was called Regulus in Latin, Kinglet in Old High German, Reytelet in French, Bren in Welsh, and Konije in Dutch. This is due to a legend about a competition to find the king of the birds. The crown was to be given to the bird who could fly the highest. The eagle out flew all the other birds, but the wren won by hiding in it's feathers and jumping up at the last minute.

The wren is considered the most sacred bird in many cultures, particularly to the Druids. In Irish Gaelic, it's called the drui-en or Druid bird. The Welsh word dryw means both Druid and wren. The bird symbolized wisdom, divinity, the underworld, healing, and cunning. Around New Year an apprentice Druid would go out by himself into the woods to find hidden wisdom. If he found a wren, it was a sign that he would be blessed with knowledge in the coming year. The wren is a very tiny bird that is hard to spot, although its impressive voice makes up for it (it's song is ten times louder than a rooster's). The wren's elusiveness is taken as a metaphor for finding the elusive divinity within all things. The Druids also used the wren's calls for divination. There are many myths that state that the wren was the animal that brought fire to mankind, and several myths that feature a shape shifting wren.

But just because the wren is king doesn't mean that people always treated the bird with kindness. In Celtic-speaking areas, the wren was hunted and killed in a ritualistic way, usually by stoning. This was done for several reasons. Some may have been enacting the idea that if you kill a king, his powers pass on to his successor. It may also be due to the Pagan Yule tradition of the battle between the Holly King and the Oak King. The wren represents the old Holly King that dies at Yule, and the robin represents the reborn Oak King. The Winter Solstice was the only time a wren could be hunted down, any other time it was extremely unlucky. The Christians adopted this tradition on St Stephen's Day, or Wrenning Day. It was believed that a wren's song betrayed St. Stephen, who was hiding in martyrdom. Thus on December 26th, they would take revenge for St. Stephen's stoning by killing a bird. There is a traditional Yuletide carol called "The Hunting of the Wren." Generally, the senseless slaughter of tiny, helpless birds is frowned upon by most Pagans today, but a variation of this tradition still exists in Ireland. Children and adults go throughout the neighborhood asking for food, money, or alcohol in exchange for seeing a captured wren.

History points towards this being a boys name. However, most modern baby name resources list it for girls only. But as far as I can tell it has never charted for either gender in the United States. It is much more commonly seen as a surname. The most well known fictional namesake is a boy, Wren McCormic from the movie Footloose. Although I also remember it as the name of Shia LaBeouf's overachieving sister in the television show Even Stevens. A well known Neo-Pagan is Wren Walker, who co-founded the popular website The Witch's Voice. The name is more used in Australia than in any other country, both for girls and boys.

So if you would like to use Wren, it's a great name for this time of year, if slightly macabre. It's a no-frills name for a girl, and a gentle nature name for a boy. Wren's a great name with lots of meaning for a little Witchlet.