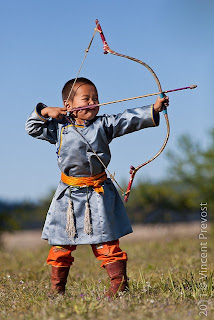 Right now we are in the middle of the sun sign Sagittarius, and this zodiac sign might be slightly cumbersome to bear but I'm profiling it anyway.

Sagittarius (pronounced "saj-ih-TAIR-ee-us") is a Latin name meaning "archer." The feminine variant is Sagittaria. The constellation becomes a sun sign between November 22nd and December 21st. It is associated with the transformation from autumn to winter. The constellation Sagittarius is supposed to look like a centaur drawing a bow. This image is as old as the Babylonians, who identified the constellation with a centaur-like god named Nerigal. Nerigal was generally depicted with two heads (one of a panther and one of a human), wings, and a scorpion stinger above the typical horses tail.

In Greek legend, centaurs are known for being wild, lusty, and prone to violence while intoxicated. But one centaur, Chiron, was quite the opposite. Then again, he was not directly related to other centaurs. He was the son of the Titan Cronus and the nymph Philyra. Cronus had been in the form of a horse during Chron's conception, which is how he got his centaur form. Chiron was a respected healer, astrologer, teacher, and oracle. Achilles, Theseus, Perseus, and Dionysius were his pupils. He married a nymph named Chariclo and had three daughters (Hippe, Endeis, and Ocyrhoe) and a son (Carystus).

He was placed in the stars because of a heroic action. Being the son of a Titan, Chiron was born immortal. Another Titan, Prometheus, had been punished for giving men fire by being chained to a rock and left to die. Chiron asked Hercules to arrange a deal with Zeus that would exchange his immortality for Prometheus' life. Chiron was poisoned by an arrow that was laced with the blood of a Hydra. Because of his noble sacrifice, Zeus gave him a place in the heavens. This constellation is called Centaurus in Greek, and Sagittarius in Latin.

According to astrologers, Sagittarius is a masculine fire sign. The people born under this sign love adventure, and these are the wanderers of the zodiac. Sagittarians are extremely independent and like to look for knowledge and truth in faraway lands. They are known for being great communicators who value social status. On the other side of things, they have trouble watching their tongues. They don't like being told what to do. Trouble with addictions can also arise because they like too much of the pleasures of life and have little self control.

Sagittarius can be quite a mouthful and it doesn't sound overly "namey." If a parent wants to honor this sign, she is more likely to consider the name Archer than Sagittarius. But who knows, maybe somewhere in the world someone will see this name and their heart will start fluttering.