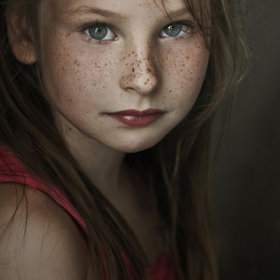 This botanical name might sound little and cute, but don't underestimate it.

Thistle (pronounced "THIH-sil") is an English word ultimately derived from Proto-Indo-European steyg meaning "to prick." This name is telling. The plant is covered with sharp prickles, which discourages animals from eating it. They also have equally prickly-looking fuchsia flowers. The plant is native to Asia and the Mediterranean area, but can now be found throughout Europe and the United States.

This plant has many nicknames including Holy Ghost Herb and Cardin. In the olden days it was used to cure many ailments, including the plague. Today, it is used to help mothers produce breast milk and cure upset stomachs. However, ingesting too much of this plant could be hazardous as it induces vomiting. For men, it was used as an aphrodisiac. The Pagans associated with Pan, Mars, and Loki, and therefore it has a strong masculine sensual energy. The plant was thrown into fire as an offering or as incense. Wiccans also use this herb for ritual bathing, purification, and calling spirits.

The thistle has been on the national emblem of Scotland since the 1200s. According to legend, the Norse army was trying to sneak up on the Scottish army at night. One of the barefoot Norsemen stepped on a thistle and cried out in pain, thus alerting the army to their presence. Today, the thistle can still be found on police force emblems and the Encyclopedia Britannica (which originated in Edinburgh). Several football clubs bear it's name, and the Order of the Thistle is an important chivalric order in Scotland.

I thought of this name because in the poem "Twas the Night Before Christmas" (which I don't think is it's real name but that's how people know it). In it Santa and his reindeer fly away from the house "like the down of a thistle." This expression refers to the seeds of a thistle, which are very similar to dandelion seeds. They are feathery seeds meant to be carried away in the breeze.

Thistle is a name that does not usually appear in baby name sources, but I've seen it mentioned a few times in blogs. It's a cute name without being prissy, and I think it could be a great natural unisex name.

Image Credit:
http://weheartit.com
Posted by Isadora Vega at 10:41 AM