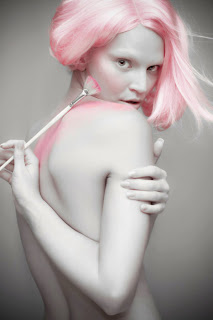 Cinnamon may be associated with this time of year, but Peppermint is even more so.

The word peppermint was first attested in the 1690s. It is unclear how it got it's name. The peppermint is a mutt of a plant. It's a cross between a spearmint and a watermint. It doesn't need a lab with technicians in order to exist, this hybrid plant occurs in nature. It was originally cultivated in London, but can now be found around the world. It is considered to be an invasive species in Australia, New Zealand, and the United States. It especially likes moist, shady habitats, like streams or drain ditches.

Peppermint (and all mints in general) has a long tradition of medicinal use, probably because it's one of the best tasting remedies out there. It has a high menthol content, which is an anesthetic. This is the reason that peppermint is often farmed for it's oil. It is used as a flavoring for tea, ice cream, candy, toothpaste, and chewing gum. Peppermint has a very sharp aroma which is used to help memory and cure insomnia. It's oil also acts as a natural pesticide.

Peppermint's magickal attributes are often lumped together with spearmint, but Wiccans believe they bring luck, money, and strength. Tea made from this plant is often used as a natural aspirin. Inhalation of boiling leaves is recommended for head colds and asthma. It's ideal for indigestion, headaches, toothaches, flatulence, and general fatigue. Perhaps this plant became associated with this time of year because this is the time when people most often get sick.

You might recall that I once blogged about a family that has a child named Peppermint Aries. The sex of the child is unclear because the family is really into gender bending. But I looked at that name and thought, "My Gods, I hope that's a girl." Is that hypocritical of me? I mean, I'm usually very pro-unisex when it comes to unusual nature names. But I see Peppermint as really cutsie and sugary, and therefore difficult for a boy to wear.

This might be because of Peppermint Patty, who is a character in the comic strip Peanuts. The character's real name is Patricia Reichardt. Peppermint Patty is a joke name referring to the york peppermint patty, a tasty mint and chocolate cake.

As I said before, this name is just too cute for me. But if you're a family that likes cute, then there's nothing wrong with cute! It's an unusual, sweet name for the daring namer.

Just a friendly reminder that nominations for Pagan Name of the Year are still open!