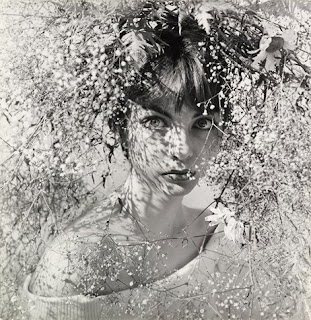 One day at work, I came across a woman named Xochitl, and I've been curious about it ever since.

Xochitl (pronounced "SOH-cheel") is an Aztec/Nahuatl name meaning "flower." It's almost unknown in the United States, but it's somewhat common in Central and Southern Mexico. This name is very important to those that have Native American blood, because it's also a short form of the names of several Aztec deities.

Xochiquetzal was the goddess of flowers, love, fertility, beauty, female sexual power, female crafts (like embroidery and weaving), and the earth. She is always depicted as an alluring young woman, with a consort of birds and butterflies always following her. She is the mother of Quetzalcoatl, the feathered serpent deity that Cortez impersonated. Her name means "flower feather" which should give you a clue as to what she liked to wear. Worshipers held a festival in her honor every eight years, in which they wore animal and flower masks.

Xochiquetzal has a twin brother called Xochipilli, who was the god of art, games, song, dance, homosexuals, masculine beauty, and flowers. His name means either "prince of the flowers" or "child of the flowers." As the patron of painting and writing, he was sometimes called Chicomexochitl ("seven flowers") or Macuilxochitl ("five flowers").

Xochitl also plays a part in an ancient ritual. The Aztecs shared their culture and language with a seperate city state called Tlaxcala. However, Tlaxcala was never actually conquered by the Aztecs. The two cultures agreed to hold an annual ritual war called Xochiyaoyotl, nowadays called the Aztec Flowers War. The goal of these wars was to capture prisoners from the other side, who would then be used for sacrifice.

There are a lot of names that can transcend their language of origin and be used on children of any race. I don't think Xochitl is one of them. It's very rooted in Aztec culture. So the bearer of this name would have to have Pre-Hispanic blood somewhere on their family tree. It would look very out of place on, say, a Dutch child. But that's just my opinion, not an actual rule. In any case, it's a highly unusual botanical name that's great for those wanting to honor Native American culture.