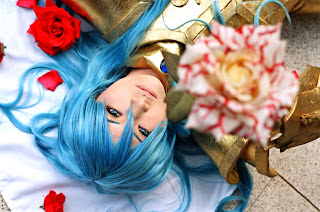 For someone who is born between February 22nd and March 20th, would you consider this astrological sign as a name?

Pisces (pronounced "PIE-sees") is a Latin name that is plural for "fish." It is the name of a constellation, which is supposed to represent two fish with a string tying their two tails together. As you can guess, there's a story behind this.

The great beast Tiphon was a remnant of the age of the Titans. He was a terrifying creature even to the gods. When Tiphon attacked Mount Olympus, each god took the shape of an animal in order to escape. Venus and Cupid changed themselves into a pair of fish connected by a sting (so that they wouldn't be separated) and swam away in the Euphrates River. The gods placed the image of the two fish into the heavens so that this event would not be forgotten.

Many other cultures looked at this constellation and saw fish as well. The Babylonians believed that they were the water gods Oannes and Dagon in fish form, or the goddesses Anunitum and Simmah. And this area of the sky was called "The Large Fish" in Islamic astrology.

According to astrologists, Pisceans are highly impressionable and dominated by their emotions. It is the most malleable of the twelve signs, so they are highly adaptable. Pisceans excel at artistic endeavors, and want to believe in the possibility of a utopia. They are gentle, sensitive, and patient, but need guidance or else they'll drift into a directionless life. Huh. Maybe I really am a Pisces after all. It is one of the water signs, which is fitting.

Despite sources statement that this sun sign is feminine, I really believe that this is a unisex name. But at the same time, I'm not certain that Pisces is "namey" enough. It could be potentially problematic if you have relatives that speak Italian, Spanish, Greek, or French. To them, this name is very similar to their actual word for "fish," so you might get some confused looks. However, it's definitely not a name that's used very often, so if you're looking for unique you have it in Pisces.