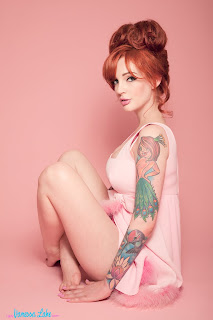 Continuing with our lovey-dovey names week here, we got a rarity from the recent past. Another name blog introduced me to this short-lived naming trend inspired by a hurricane.

In 1992, Hurricane Iniki (pronounced "ee-NEE-kee") struck the Hawaiian island of Kauai. It was the strongest hurricane to ever hit Hawaii in recorded history. It made around $1.8 billion dollars worth of damage and six people died. In 1992, Iniki appeared as a baby name in the United States for the first time.

It seems strange that someone would choose to name a child after a devastating storm. You would think that that would be a deterrent. After all, some people can't see Katrina without thinking about New Orleans. So why was Iniki used? It makes sense that some of the children might have been born shortly after the hurricane struck, so the name references the story of how they came into the world. But I'm guessing that Iniki benefited greatly from being new to "namehood."

What's interesting about Iniki is that, unlike most moniker's bestowed on hurricanes, it wasn't a baby name beforehand. Iniki was a vocabulary word in the Hawaiian language. A lot of sources will list that it means "sharp, piercing wind," but it's a little more than that. It means "to punch or nip; sharp and piercing, as wind or pangs of love." You were wondering when I was going to get to why this is a lovey-dovey name, weren't you?

It's a very poetic meaning, if you think about it. If you're lucky, you'll one day love someone so much it hurts. That it knocks the wind out of you, so to speak. And most parents don't love anyone more than their children.

The last time Iniki was used was in 1993, and after that it faded completely. And it was both a boys name and a girls name, so it's up for grabs gender-wise. I picture it more on a girl because it sounds very fun and flirty. And the more I think about it the more it's growing on me as a middle name option. An excellent air name to consider.