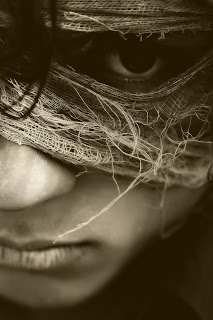 On the surface, Gardner is just another occupation name. But to Neo-Pagans it's a lot more.

From the Middle Ages to the 1940s most Pagans, or what were left of them, practiced in total secrecy. Then, England repealed the last of it's anti-Witchcraft laws in the 1950s. It was during this time that Gerald Gardner brought Wicca and Witchcraft into the public eye.

Gerald Gardner was a pretty interesting dude. He had a life that could be made into a movie if anyone actually made ones based on real Witches. Before he got this whole Neo-Pagan movement started, he spent time in Southeast Asia researching local folk magick and digging for ancient artifacts. After that, he did a grand tour of Europe (and this was during WWII) eventually landing back into his home in England. Once home he joined a number of covens and religious groups, learning all that he could. He was genuinely fearful that all of this knowledge was going to die out. So once the anti-Witchcraft laws were repealed, he did everything in his power to bring these traditions out into a wider audience.

But not everyone appreciated what he was doing. Many Witches felt that their craft shouldn't become available to everyone. Some of his colleagues felt that he became too focused on publicity rather than spirituality. And then, of course, there's the old favorite: misunderstanding from the Christians. Despite all that, he still deserves respect for being the founder of what is now called Gardnerian Wicca (Wicca has evolved and branched out into many different sects since then). Also as a side note, I'm very amused by the photos of him. I wasn't aware that he looked like a wicked elf.

Gardner (pronounced "GARD-ner") is both a surname and a first name. The general consensus is that it's an English name meaning the obvious. But one source listed it as a Saxon name derived from gar, meaning "weapon," and dyn, meaning "sound the alarm." Gardner has been established as a first name in the United States; it ranked #830 in the 1910s. But despite the current overabundance of trendy surnames as first names for boys and girls, Gardner is not one of them. And yet, he sounds like he could hang out with Archer and Harper.

I don't think that anyone unfamiliar with Wicca is going to know that it's a reference to Gerald Gardner. They might think that the family likes to garden, or that it's in honor of a family member, but that's it. That makes this a good Wicca-lite option. It's an uncommon name that sounds a lot like what's popular and has ton of Neo-Pagan street cred. What's not to love?

My article is up on The Pagan Household! Go check it out!