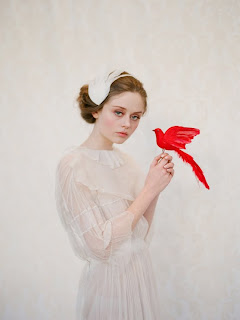 I would like to talk about something that's been going through my head for a while: is there such a thing as Pagan virtue names?

Well, first we need to see what Pagan virtues are. According to The Charge of the Goddess (a sacred text possibly written by influential Neo-Pagan Doreen Valiente), the Eight Wiccan Virtues are compassion, beauty, humility, honor, mirth, reverence, strength, and power. Some of these would sound odd as given name, but most of them would work beautifully.

Humility is a possibility because it's been used before, but it's not without it's challenges. When I see this name, all I can think about is the Puritans. Many Puritans believed that names sanctioned by the Bible weren't "pure" enough, so they invented new names based on Christian concepts. Humility was a unisex virtue name, along with Discipline, Freelove, and Kill-Sin. Obviously, the fact that it was once a Puritan name could be a turn off for some Neo-Pagans. They're the ones that conducted the Salem Witch Trials after all.

But this virtue is very important to all Neo-Pagans. Although we might see it a little differently from the Christians. We have to realise that we are not so special in the grand scheme of things. We have to live in the moment and be satisfied with where, and who, we are.

Unlike Puritan classics like Faith and Grace, Humility is not commonly used. A lot of sources list Humility as a boys name and nothing else. I feel like it's a unisex name with a strong leaning towards the girls due to it's similarity to Verity. Humble, another Puritan name but it has the same idea, sounds more masculine to me.

So is it possible for this name to be reinvented? Since Christians and Neo-Pagans share the idea, could we share humility?