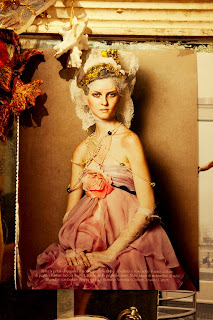 Well, first of all the question arises: do Neo-Pagans celebrate Valentines Day?

Before researching it, I thought that some Neo-Pagans might think that this holiday is redundant. We have our Beltane and Midsummer after all, how many lovey-dovey holidays do we need? Well as it turns out we do celebrate Valentine's Day. And we only do so because of Lupercalia.

Lupercalia took place between Febrary 13th and 15th. It is a very ancient fertility holiday, stretching back even before the Roman era, which it's most associated with. The festival is partially about the birth of Romulus and Remus who, according to legend, were raised by a wolf. In fact, Lupercalia means "wolf festival." The holiday is also associated with the goddess Juno and the god Faunus. In the olden days, people celebrated by sacrificing a goat and a dog, having a matchmaking lottery, and lashing women with bloody strips of animal parts in order to ensure their fertility. The holiday was very popular, celebration of Lupercalia continued well into the 500s.

So how did it get to be Valentines Day? There is no historical link between a Saint Valentine and romance, nor is there any record of when or why the Christianization of the holiday occurred. Many believe that even after Lupercalia was abolished, the idea of this time as a "mating season" stuck. Some Christian organizations have come clean in saying that February 14th has nothing to do with any of the numerous saints named Valentine, and some even want to ban the holiday. Nowadays, Neo-Pagans are okay with celebrating Valentine's Day the same way that everyone else does, with cards and sweets.

Now back to the name. Valentine (pronounced "VAH-lehn-tiyn") is a form of Valentinus, which is derived from the Latin valens, meaning "strong," or "powerful." It has never charted as a girls name, but as a boys name it's an old fashioned favorite. It peaked in the 1910s at #501, and then slowly petered out of favor until it disappeared in the 1950s. That makes Valentine a rarity at the moment. It's variations are another story. In 2009 Valentina peaked at #203, Valentino at #768, and Valentin at #736.

Maybe it's the romantic in me, but I love Valentine and all of it's alterations. In fact, this whole holiday just makes me want to curl up with my chocolate and watch Amelie. So I'm devoting this week to names that mean love, or ones about love, and oh my God there's so many of them. I might have to do this the week of Beltane and Midsummer as well.

There was a mention of my post on Orchid on Appelation Mountain. Thanks Abby!

And keep your eyes peeled for a guest post written by yours truely on The Pagan Household sometime during this week or the next.