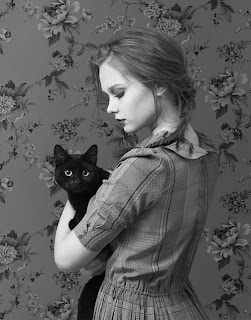 Here's a name for gothic kitch lovers, but could it appeal to anyone else?

If you know the Spanish names of the days of the week, it's easier to figure out which god presides over this day. Miercoles sounds a lot like Mercury, doesn't it? However, Wednesday is derived from the Middle English Wednesdei meaning "Woden's Day" because Woden was seen as a Germanic Mercury. Woden is the Norse counterpart of Odin. Some Christians call this day "the fourth day" in order to avoid the Pagan associations.

For Neo-Pagans, the different days of the week are good for performing different types of magick. This day is good for travel, communication, wisdom, education, self improvement, and creativity.

Technically, this name could be given to both genders. However, this name is very strongly associated with girls because of Wednesday Addams. Wednesday Friday Addams was created by cartoonist Charles Addams for his comic strip The Addams Family. He gave this character the name Wednesday because of the nursery rhyme, "Wednesday's child is full of woe." She is pale with dark hair and has a fascination with death. The strip was adapted into a television show, and then into two films famously starring a young Christina Ricci as Wednesday.

There is also an out-of-print book called The Wednesday Witch by Ruth Chew. In this book, witches are not portrayed favorably. The Wednesday Witch, so called because her magic works best on Wednesdays, is enemies with Mary Jane. The Witch looses her vacuum cleaner (which she rides on instead of a broom) and her cat to Mary Jane.

One problem that you might run into is despite the fact that people see this word every day most don't know how to spell it. The extra "d" makes sense when you know it's "Woden's Day," but most people don't know that. There is also the macabre association with the name because of the well known Addams Family. You are either going to like the character and think it's a great namesake, or be completely put off by the name because of it. Either way, I do like Wednesday for the right family.