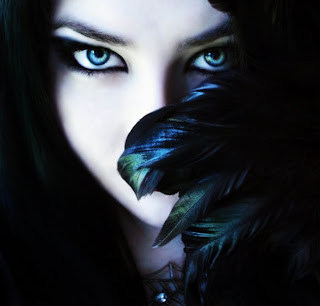 Here's a lovely name that turned out to be a lot more controversial than I thought it would be. Which is a pity, because it's one of my absolute favorites. But I'm still not giving up. All in favor of naysayers getting off their high-horses and embracing Gypsy as a name, raise their hands. Hopefully by the end of this post, it'll be more than just me.

But first to the factual stuff. A baby name book I have says that Gypsy is a Gypsy name meaning "wanderer." This is complete rubbish. Gypsy (pronounced "JIP-see") is a term that was taken from the word "Egyptian." This term was given to them due to the mistaken belief that they were cast out of Egypt for harboring the baby Jesus (as I explained in my profile of Nicabar, they are most likely from India).

I've been in love with the name ever since I saw it as a character's name in a young adult book who's title I've unfortunately forgotten. It's a historical fiction that takes place in the deep south during the Great Depression. Gypsy is a beautiful girl who was still reeling from her father's suicide and didn't like that her mother was remarrying. Maybe a reader knows what book I'm talking about. But ever since I've read it I've just loved the name Gypsy. Little did I know what kind of knee-jerk negative response it gets.

The brunt of the reaction against Gypsy is that some people think it's a racist slur. I'm sure that it was used in that way at some point in history, but I'm not convinced that this is still true. I've heard a lot of people say that people should use the term Romani instead of Gypsy, but the Roma people make up only one section of people that are characterized as Gypsies. Using Romani to describe all of them is kind of like using Cherokee to describe all Native Americans. And since there has yet to be a more inclusive term, Gypsy it is.

I'll give you an example that I've actually experienced. I took a class with a woman who traveled all over Europe studying Gypsy dance, meeting with actual Gypsies. One day she was super excited because she was introduced to Django Reinhardt's niece (Django Reinhardt was a guitarist famous for popularizing gypsy jazz in the 1950s). They were talking and at one point the teacher called her Romani, and she said, "Ugh, don't call me Romani. Everyone keeps calling me Romani and I hate it. I'm not Romani." The teacher apologized and asked what she should call her. "Just call me a Gypsy. It's easier." Works for me. Who am I to go against Djrango Reinhardt's niece?

But even if you get over that hurtle, there's still one more challenge. When I said "Gypsy," my parents said, "Rose Lee." Gypsy Rose Lee, who was born Rose Louise Hovick, was a well known burlesque performer whose life was immortalized in the stage musical and musical adaptation Gypsy. But Gypsy Rose Lee was a while ago. There are been other namesakes. Before Gypsy Rose Lee there was Gypsy Abbott, a silent film actress. And as far as I can tell, Gypsy is Mrs. Abbott's real name, unlike Rose Lee. It's the name of a Fleetwood Mac song. American Actress Drea de Matteo named her daughter Alabama Gypsy Rose. If you're a fanatical fan of the television show Mystery Science Theater 3000, which I am, then you know Gypsy as the robot with some great one liners. And I was extremely excited when I came across "Gypsy Abbott, Ph.D."

Today people would pick the name Gypsy because the word is used to describe a free-spirited, bohemian lifestyle and fashion sense. There were 17 little girls named Gypsy in the United States in 2009. There are alternate variations, like Gipsy, Gypsie, Gypsee, Gipsee, Jipsy, Jipsee, or the Spanish Gitana. I've also heard it used as a boy's name. There was an SNL skit that I saw that showed a man named Gypsy that was supposed to be some sort of celebrity from the seventies, but I haven't been able to prove his actual existence.

Let me make a few more arguments to why Gypsy is perfect for Neo-Pagans. Aside from it being the name of a few covens and music groups, the name honors our mixed history. The "regular" folk were scared of Gypsies because they roamed in out-of-doors wilderness alongside animals, elves, faeries, and, oh yeah, witches. Discrimination against anything associated with the scary, untamed outdoors is a story all too familiar to us. I would name my daughter Gypsy as an honor to them. And if a name is used out of respect, how could it be racist?

I wouldn't use Rosalie as a middle name though. That's a bit much.