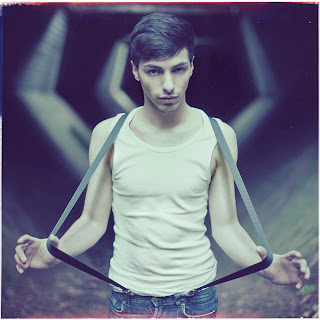 When I profiled Vixen a while ago, I knew the day would come when I had to profile it's more usable masculine option.

Reynard (pronounced "ray-NARD") is the word used for a male fox. In the French language, reynard is the vocabulary word for all foxes, male of female. But the name goes a little deeper than that. The word comes from a series of Medieval fables.

In these stories, Reynard is an anthropomorphic fox. He's a trickster hero who appears in satires designed to poke fun at the aristocracy and the clergy. Other characters in these fables include King Noble the Lion, Isengrim the Wolf, Bruin the Bear, Baldwin the Ass, and Tybalt the Cat. In some stories, Reynard has a wife named Hermeline. The stories still remain very popular in Germany, France, Holland, and many other European countries. He even appeared in Chaucer's Canterbury Tales, under the name Rossel.

Unfortunately, this name might leave a bad taste in some people's mouths. In 1941, the story was twisted into Nazi propaganda for antisemitism. In Robert van Genechten's new fable, Reynard rounds up and kills some rhinoceroses (think about it). This story was even adapted into an animated film in 1943. However, the film never had a proper theatrical release. At that point, most of the Jews were in concentration camps, so there was no longer any point. Fortunately, there have been much better (read less bigoted) adaptations of the Reynard stories in recent years, so this association may have slipped away.

For a long time, the French word for "fox" was goupil. But Medieval farmers believed that saying the word aloud brought bad luck. So they exchanged goupil for reynard. Nowadays, goupil is an antiquated term.

So the question becomes, where did the name Reynard come from before the stories? Reynard is derived from the Old German name Raginhard, which could either mean "strong council" or "made hard by the Gods." Reynard is a rare first name but a very common surname. It has many variations including Raynard, Renard, Renardo, Reynardo, Renauld, Reinhard, and Reinhardt. The last form has a famous namesake: Gypsy jazz guitar player Django Reinhardt. Another form, Raynard, had some fleeting popularity in the United States in the 1960s, peaking at #818.

I really like the name Reynard and it's literary association. It has kind of a retro, old man feel too, because of it sound's similar to Bernard and Leonard. It's a great name for a mischievous, suave, and cunning boy.

Forgot to mention that a few days ago I met a little girl named Sahara (or Zahara, maybe). That'll be a profile sometime in the future, I'm sure.