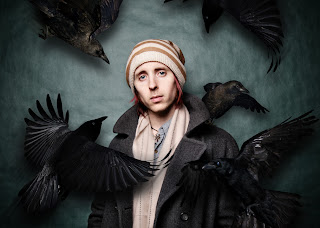 It's the name of a very popular Norse god, but some would say that it's not appropriate for a little boy.

Loki (pronounced "LO-kee") is the name of the Norse trickster god in charge of magic. The etymology of the name is uncertain. It could mean anything from "to break" to "close."

Whether Loki is helpful or malevolent also changes depending on who you ask. He is the offspring of two giants. Loki gets around: he is the father of Hel (who is the goddess of the underworld), the wolf Fenrir, the serpent Jormungandr, and Narfi (the god of night). He's a shape shifter, and has appeared in the form of a salmon, a seal, a mare, and a fly. While in the form of a horse he gave birth to Sleipnir, Odin's eight-legged horse.

Loki is involved in numerous pranks and jokes. Once when the gods were struggling to build Asgard, Loki came up with the plan of hiring a giant to do the job. But as payment, the giant wanted the sun, the moon, and the goddess Freya if he completed his work on schedule. The gods were hesitant, but Loki convinced them that he would never finish on time.

But the giant brought with him a stallion that could haul boulders with ease. All of the gods, especially Freya, became increasingly anxious. So Loki changed into a mare to seduce the stallion away. With his horse missing, the giant's pace slowed down considerably. And Loki enjoyed his time with the stallion. Evidently.

But it seems like Loki grew progressively more and more unpleasant as time went on. The final straw was when he killed Balder, the god of light, joy, beauty, and innocence. The other gods chained him to three boulders and positioned a poisonous snake above his head. His devoted wife Sigyn catches it's dripping venom in a bowl, but has to leave occasionally when the bowl becomes full. When that happens, the venom drips into his eyes and face. Loki writhes in pain, causing earthquakes. It is said that on the day of Ragnarok, his chains will break and he will get his revenge on the Gods.

I've noticed on forums when people discuss the names of gods as potential baby names, Loki gets a bad reaction. Not enough to make it a controversial name, but it was noticeable. I understand the opinion, but at the same time I don't. It's really not the same thing as naming a child Baphomet. He's not all bad. And if you've read any Norse mythology you know that it's not like the gods stayed dead for very long. They were always reborn. Balder will come back.

But obviously I would expect a boy named Loki to be a handful. I think it's almost guaranteed. It just has that kind of Witchy power.

Image Credit:
"In the Wheatfield" found on http://www.deviantart.com/
Posted by Isadora Vega at 8:04 PM