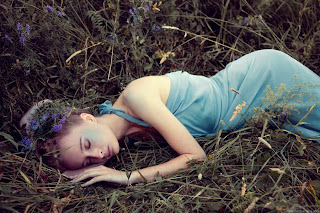 I have said before that I don't believe in bowing down to the ridicule of juveniles while picking a name. That a clever bully can use wordplay to twist any name into a taunt, and that shouldn't keep you from naming your son Birch. But there are some names that make me think twice before dismissing the concern. Names in which the joke is so obvious and well remembered from my childhood that it's difficult to brush away. One of these is Urania.

Urania, sometimes Ourania (pronounced "your-AIN-ee-ah"), is a Greek name meaning "heavenly." She is one of the Muses, and her hobbies of choice are astronomy and astrology. Urania is often associated with Universal Love and, in Christian mythology, the Holy Spirit. Some stories say she is the mother of Linus, a Greek musician considered to be the inventor of melody and rhythm.

People have no problem with the name Urania. For places, anyway. Writer Charles Dickens established a shelter for "fallen women" called Urania Cottage. I imagine these women were good inspiration for some of his characters. In reference to her calling, many astronomical observatories in Eastern Europe are named after her.

You'll notice that I make no mention of planets. Uranus and the element uranium are actually named after an entirely different deity. In Greek mythology, Uranus was the god of the sky, the father of Cronos, and the grandfather of Zeus. His name is derived from Ouranos, meaning "sky." Sky, heavenly, they're similar but not the same.

Neo-Pagans have no problem using the name for themselves either. Lady Urania was a minor High Priestess in the United States who was well loved by her community. And the Isis-Urania coven is still in existence. But naming a child is another thing entirely. The only thing I can think about is way back when I heard boys giggle like idiots when they said "Uranus." And they were just talking about the planet! I don't think I need to tell you what the name sounds like, you most likely already know. But if you don't, say Uranus aloud a few times.

So is Urania lost forever? I don't know how the name plays out in other languages. But in English speaking areas, I would be very surprised to see it. Which is a shame. It has a beautiful sound and a lovely history. If you plan on using this name, I hope you're daughter's confident and laid back enough to carry it.