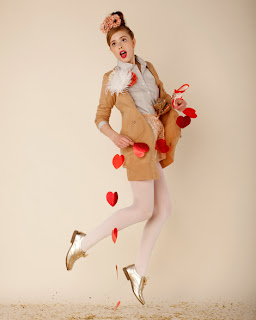 Thanks to a recent children's book, this name is familiar to nearly everyone. But this name is older than most people think.

Coraline is the heroine of the Neil Gaiman book of the same name. She moves into a new house with her parents, and she feels lonely and neglected. There are three other eccentric people living in the house. They keep messing up her name by calling her Caroline. But in her flat there is a creepy, locked door that is bricked up. She unlocks the door when she is home alone and discovers that it leads to a world almost identical to hers, with her Other Mother and Other Father. All the inhabitants of this other world have button eyes, but otherwise this place seems appealing. Then her Other Mother offers her the opportunity to stay forever, on the condition that she sews buttons into Coraline's eyes. Coraline refuses and escapes, but finds that her real parents have vanished. She finds that the Other Mother has trapped them, and Coraline now must face her fears in order to rescue them. It was adapted into a wonderful animated movie in 2009.

When Neil Gaiman wrote the book, he thought that he invented the name. He made a typo changing Caroline into Coraline and decided to keep it. It wasn't until after the publication that he found out that this name had been used before. By chance, he found it on a piece of antique sheet music. Neil Gaiman's blog doesn't have a search engine, so I can't find the entry again. But I'm not making this up, trust me.

As it turns out, Coraline was a part of the Cora/Coral craze of the late 1800s, along with my personal favorite variant Coralie. Furthermore, the sheet music indicated that the name rhymes with "queen," making it sound more like Josephine rather than Caroline.

But it was Gaiman's book that pushed this name into the forefront. Had he not had that typo, this name would just be another antique oddity. He didn't invent it, but he re-invented it. This name would appeal to most people because of his heroine.

Coraline is a great name for someone looking for something unique, literary, and heroic. It might not stay relatively unused for long, I think it has the capability to show up on the Top 1,000 in the future. And we have Neil Gaiman to thank for that.