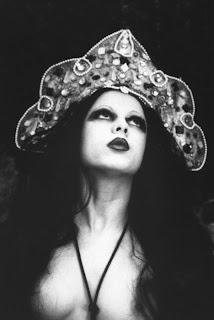 Could a Witchy family use Trinity?

Trinity means, of course, "triad." Trinities are important to Neo-Pagans. To many Wiccans, both the God and the Goddess are triple deities. The Goddess comes in the form of a Maiden, Mother and Crone. As for the God, he takes the form of the Prince, Royal, and Elder. Triple deities exist everywhere within Paganism and Eastern religions, and 3 is a sacred number showing up in many Pagan symbols like the triskele.

But when most people use this name, they are referring to the Holy Trinity from the Catholic religion. The Holy Trinity is made up of the Father, Son, and Holy Ghost. That makes me wonder. Does the name Trinity "belong" to Christians?

I think you already know the answer to that: The Matrix. Trinity is the kick-ass, science fiction heroine played by Carrie-Anne Moss. It was a boy's name for a similar reason. The 1970s marked the release of a spaghetti western movie titled They Call Me Trinity, with a cowboy bearing the title role.

However, one of the largest groups in the United States that uses this name is Hispanics, an overwhelmingly Catholic group. Whenever I research this name on other baby name websites, they claim that this name is in reference to the Christian religion. And that seems to be the reason why most people pick it. Variations include Trinidad, Trinidade, Trini, Triniti, and Trinitee.

If I met a little Trinity, would my first thought be that the parents were Catholic? Probably. Would it be offensive to people if they found that that wasn't the case? I don't think so. But it's mega popularity, at least for girls, would make it hard to overcome the assumption. And I know that's not fair, since our Trinities were here first. But that's reality.