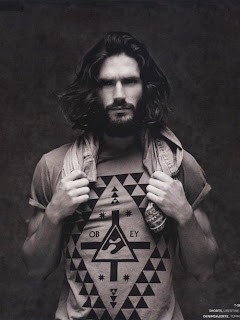 I've loved this name ever since I thought it up. Let me share it with you.

Hickory(pronounced "HIH-kor-ee") comes from the Powhatan language. The Powhatan tribe originated in what is now Virginia. But beyond that, no one really knows what the word means.

The word refers to the hickory tree. It can be found in a variety of countries including China, Indonesia, Canada, the United States, and Mexico. The tree does not seem to be terribly popular with Neo-Pagans, many sources won't list it's magickal properties. What I could find says that it brings discipline and direct action.

I don't see hickory mentioned in any mythology. But the name does appear in American history. When Andrew Jackson took the office of presidency he had absolutely no experience as a statesman. He was a battered old soldier. He was crass, unsophisticated, rude, and ignorant, boisterous, brave, and rugged. He was the type of man that later candidates only pretended to be. The American people loved him, and Jackson became the first commoner in office. The seventh president's nickname was "Old Hickory." He used his namesake to create physical paraphernalia during his election campaign. They sold canes, brooms, hats, and buttons that had either Jackson's image or the image of a hickory tree.

The hickory tree has many practical uses throughout the years. It has been made into bows, wheel spokes, tool handles, carts, paddles, and the bottom of skis. Golf club handles are still sometimes called "hickory sticks" even though they are now made from steel or granite. In the old days, hickory was made into the switches used to beat children. The wood is praised for it's strength and toughness. It is also a preferred wood for smoking cured meat and heating.

I see Hickory as a strong and beautiful nature name. There's just one problem. "Dickory Dock." As in, "Hickory, dickory, dock/The mouse ran up the clock/The clock struck one/The mouse went down/Hickory, dickory, dock." That nursery rhyme is going to get old really fast. That's probably why no one else thought of it as a name option. And I'll be honest, sometimes it bothers me. But most of the time it doesn't bother me enough.

If you're willing to give it a shot, Hickory is a great name for either gender. It's got a strength and robustness, but at the same time it's very lyrical sounding. It's American the same way that Huckleberry is. I wish more people would consider this unique option.

Image Credit:
http://weheartit.com
Posted by Isadora Vega at 11:26 AM