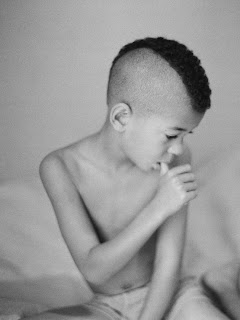 Oberon is one of my all time favorite boys names. Let's take a look at it, shall we?

Oberon (pronounced "OH-bear-ohn") has slightly questionable etymology. One source list's it as an Old German name meaning "royal bear." Another one claims that it's derived from Alberich, an Old High German name meaning "king of the elves," which seems the most likely. This mythical figure first appeared in Merovingian legend, as the sorcerer king of the elves. He is the otherworldly brother of Merovech, the founder of the Merovingian dynasty of the Salian Franks.

Oberon's first literary turn came in a series of epic poems called Chansons de Geste ("Songs of Heroic Deeds") published in the 1200s. In the story, Huon wins the friendship of Oberon because he returned his greeting even though he was told not to associate with him. Huon had killed the Emperor's son and was traveling to Babylon in order to complete a series of tasks so that he could win a pardon. Only with Oberon's aid does he succeed. Oberon is described as being very short, yet handsome. During his naming ceremony as a baby, he was cursed to have short stature by an faery. But this faery soon felt bad about it and gave him great beauty as a way to compensate. Alberich in the earlier legends was a dwarf, so the connection makes sense. Oberon is said to be the child of Morgan le Faye and Julius Ceasar.

But Oberon's most famous literary turn was in William Shakespeare's A Midsummer Night's Dream. Oberon is the King of the Faeries, and his Queen is Titania. They are feuding because Titania refuses to give him an Indian boy that he wants to raise as a henchman. Titania wants to raise the child because he is the son of a follower of hers who had died. Furious that she will not let him have his way, Oberon places juice from a magic flower that will make her fall in love with the first person she sees. Unfortunately, the first person she sees is Bottom in donkey form, and hilarity ensues. Eventually, Oberon regrets his trick, and reverses the spell. Unlike earlier depictions, Oberon's height is never mentioned. In all the versions I've seen, Oberon is portrayed as being normal sized, handsome, and strong.

You can see Oberon's influence elsewhere. In European folklore, Oberon was a popular name given to familiar spirits, which were supernatural beings called to assist Witches and Cunning Folk. The are several operas inspired by his myth. There is a classic movie actress named Merle Oberon, who was quite a beauty. A moon of Uranus bares this name.

Oberon is a name loved by many Neo-Pagans as well as name enthusiasts and it's even been adopted by a well known figure in our community. Oberon Zell-Ravenheart (born Timothy Zell, also formerly known as Otter G'Zell) is a co-founder of the Church of all Worlds. He likes to call himself a Wizard (one of the first I've seen to use that term seriously), and was the first one to add the "k" at the end of "magick" in order to distinguish our spell casting from fantasy magic. He is the current Headmaster of the online Grey School of Wizardry, which was partially inspired by Hogwarts. He is married to Morning Glory Zell-Ravenheart, and together they are influential figures in the polyamory movement.

Oberon has never been a popular name in the United States. The sad truth is that most non-Pagan American men would be uncomfortable with the idea of naming their son after a faery. They've been over saturated with pink, girly, Tinkerbell-like images of what most people think are faeries. That, and "fairy" is slang for "homosexual." One variant is Auberon, which might lessen the impact. But why should we lessen the impact? Because someone else is stupid? I'm sorry, I don't believe in that. It's other worldliness is what makes it great. I hope that at least our community would find the courage to use this wonderful name.