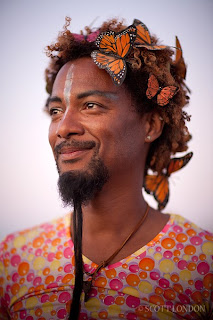 This regal name would suite any little male witchlet.

Most people have probably heard of this name from Harry Potter. Regulus (pronounced "REH-guh-lus") is the brother of Sirius Black. He might have died before the story began, but his actions certainly color the last book. This also further demonstrates the Black clan's love of celestial names.

Regulus is Latin name of debatable meaning. Once source says it translates into "little king" or "prince." Another says that it's an Ancient Roman surname meaning "rule." Whichever one it is, the theme of royalty repeats itself a lot when researching the myths of this particular star. It is the name of the brightest star in the constellation Leo. The Persians called this star Venant, and it was known as one of the four "royal stars." In Arabic, Regulus is known as Qalb al-Asad meaning "the heart of a lion."

But Regulus has another Harry Potter connection. Regulus is the Latin name for the mythical creature known as a basilisk. in European legends, the basilisk is a reptile that is said to cause death with a single glance. This creature plays a big role in Harry Potter and the Chamber of Secrets. The Greek name for the brightest star in Leo is Basiliscus.

Not surprising for names used by J.K. Rowling, Regulus was worn by several saints. Saint Regulus' (also known as Saint Rule) claim to fame is fleeing to Scotland with the bones of Saint Andrew. But before him, there was a Roman consul and general named Marcus Atilius Regulus.

Regulus has never been a popular name in the United States, but it is similar to names like Atticus and Augustus. Regulo is the Spanish and Portuguese variant. The feminine form is Regula. It's particularly appropriate for a boy that was born under the sun sign Leo, and I apologize that this name has been sitting around in the queue for a while.

No matter when the bearer was born, Regulus is a strong name. I wouldn't worry too much about the Harry Potter connection. It's a great moniker for someone looking for something unique but with lots of history.