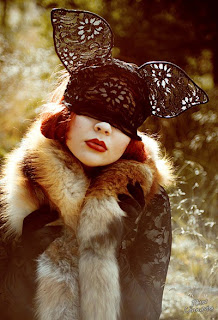 Well, it took me a few months, but I finally found a rabbit name for the Year of the Rabbit, even though technically it's for a different animal. See? I always keep my promises.

Leverett (pronounced "LEH-vehr-eht") is French surname meaning "young hare." And just to make it clear, newborn rabbits are called "kittens" whil newborn hares are called "leverets." Hares have long been associated with fertility, rebirth, innocence, spring, and sexuality. They are often prized for their ability to think and act quickly in moments of danger. They have also been connected to Witches, as the hare is an old symbol of the Goddess. Eostre is said to take the shape of a hare at each full moon and her counterpart, Ostara, is often shown with her white hare familiar. This is where the Easter Bunny comes from.

White hares are said to be transformed Witches in English folklore. In Irish mythology, they are connected to faeries, and grave consequences will come to those who harm them. In many African cultures, the hare is a trickster figure. When slaves came to the United States, this became the basis for Brer Rabbit. Chinese, Japanese, and Mexican culture believes that the dark patches on the moon are hares.

I found this name in Nook of Names post about names from the Stonewylde books by Kit Berry. Leveret is the younger sister of the hero of the stories, who's name is Yul. Stonewylde is about a Pagan community that shuns the 21st century lifestyle and it's citizens.

Leverett is the most accepted spelling. I'm not a huge fan of the extra "t" at the end, it seems a bit superfluous. Luckily, there are a number of different spellings. Leveret, Leverit, Leveritt, Lever, and Leverette.

I have a personal connection to this animal because I was born on Easter, so I've been looking for a good rabbit/hare name. Leveritt seems to fit the bill quite nicely. It's usually listed for boys but with the current surname trend it should fit either gender. This not often used option is a great animal name.

Image Credit:
Found via http://pinterest.com
Posted by Isadora Vega at 9:48 AM