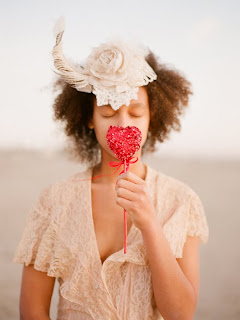 If you're wondering how I first came to be acquainted with the Pagan path, I was introduced to it via a novel that I received for my sixteenth birthday. It's a story that I promised for the party.

The book was called The Fifth Sacred Thing. It was written by a famous Neo-Pagan called Starhawk. Starhawk is credited for inventing a Wiccan sect called Reclaiming, which links spirituality with activism. Reclaiming is especially attached to environmentalism. So that should tell you that she wrote this book to make a political/social point.

The story takes place in the year 2043. The environment has collapsed. An authoritative government called the Stewards takes over most of the United States, creating a horrifying life of virtual slavery. The only free land is in the Bay Area, where people of all faiths live in peace, everyone works together, and no one is hungry. It's also a love story between a man named Bird, who is a musician and a warrior, and a woman named Madrone, who is a magickal healer. Both these characters are instrumental in defending their land from the Stewards. When it was published, it was hailed as the greatest Utopian novel and the greatest Neo-Pagan novel yet. But nowadays not many people have heard of it.

The book filled my sixteen-year-old self with many questions. But the most pressing was this: what the heck kind of name is Madrone?

Madrone (pronounced "mah-DROH-ney" or "mah-DROHN") is derived from the Spanish Madrono (I don't have the right keys to make the symbol over the n). The Pacific Madrone is a tree that grows in the Pacific Northwest, where the book takes place. It means "strawberry tree." The name refers to it's orange-red bark that peels off the tree like paper. Some local Native Americans have a myth surrounding the tree. According to a Karuk story, a young man had an illegitimate love affair. His skin peeled off in shame as he transformed into the first madrone tree. It's berries are tasty to both humans and animals. If you've never heard of it, don't feel bad. It's a stubborn tree that refuses to grow anywhere outside it's region of origin.

I know that the pronunciation might not be everyone's cup of tea. The majority opinion is that it's "mah-DROHN" but if Webster's Dictionary says "mah-DROH-ney" who am I to argue? However, I fell in love with it as "mah-DROHN" and that's how I've been saying it for the past ten years.

The book introduced me to this name, and since then I've grown to love it so much. Madrone is a strong and mystical name. It could work equally well on both genders. It's definitely something that I would consider for my child.