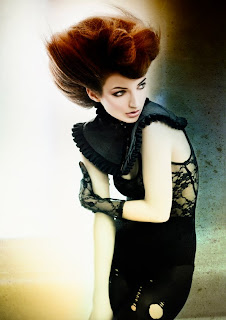 Another party member, Gwynneve, is the name of a heroine in the well researched historical novel Confessions of a Pagan Nun by Kate Horsley.

I'm not sure how the author picked the name Gwynneve, since I can't find anything about it. I assume that it's legitimate, since the rest of the novel seems so accurate. It does have an uncanny similarity to Genevieve, but I have no way of proving that they're related.

Confessions of a Pagan Nun is a novel without any hint of fantasy. It takes place in 6th century Ireland, when Christianity is just starting to spread throughout the country. It is told through the point of view of Gwynneve, a nun who grew up Pagan. She chronicles her life, starting with her early childhood relationship with her wild, independent mother.

Her life changes forever when she sees a Druid writing. Gwynneve had always loved stories and words, and the possibility of making those words immortal seemed magical to her. So after her mother dies, she walks out to find a Druid named Giannon in order to learn how to read and write. She becomes his apprentice, and eventually his friend and lover.

Due to circumstances beyond their control, Giannon and Gwynneve are torn apart. Gwynneve wonders the land on her own for a while, until she comes into contact with a friendly monk. The monk tells her that if she becomes a nun, she'll have access to books from all over the world. So she converts, continuing her quest for wisdom. Things go well until a dead infant is repeatedly dug up from it's grave, which arouses the suspicions of the other nuns and the Priest that leads them.

I'm not going to spell out the outcome of the story to you, in case you want to take my advice and check it out right now. But it's bad. Although I feel the obligation to point out that in actuality, Ireland's transition from a wild, free Pagan country to a severe, unamused Christian one did not happen as quickly as the book depicts. Horsley probably did that because it made a better story. But I still think that there were stories that happened in real life that were similar to this.

In any case, Gwynneve is a lovely name. I assume it's pronounced similar to Gwyneth, or at least that's what it looks like. I'm sorry that I can't write anything about where it comes from or what it means (maybe a reader can fill in those gaps), but I believe that it would fit in well into the naming landscape. It would be a lovely tribute to the fictional Irish heroine.