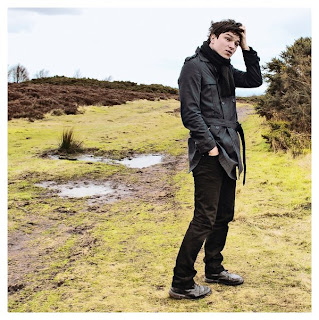 I was inspired to profile this literary name after listening to a beautiful cover of Kate Nash's "Wuthering Heights." The song is, of course, inspired by the Emily Bronte novel of the same name. You can check out the song here, and you got to love the way the Scottish singer says "wutherin'."

Heathcliff is a Middle English name meaning "heath near a cliff." Somewhere I read that it was invented by Emily Bronte, but I doubt that. But the character Bronte invented is certainly the most prominent association with that name.

In Wuthering Heights, Heathcliff is a gypsy orphan boy that's adopted by a rich family. They don't really explain why, although one theory is that he's actually the father's bastard son. If that's true, then the story that follows is really yucky. Heathcliff is characterized as being dark, passionate, and vengeful. Almost immediately he falls in love with his adoptive sister Catherine. After their father dies, Heathcliff is pretty much treated like a servant by his adoptive brother Hindley, who resents him for "stealing" his father's affection. Catherine loves Heathcliff, but feels that marrying him would degrade her in the eyes of polite society.

Some people might feel that Heathcliff is not the best namesake in the world, as he grows more and more vengeful and bitter as the story progresses. He leaves and "makes his fortune" in America, but when he comes back Catherine is married to Edgar, a man in her own class. Heathcliff becomes determined to destroy all those that have treated him cruelly or have prevented him to be with Catherine. He marries Edgar's sister Isabella but pretty much treats her with contempt. When Catherine becomes sick and dies, he makes everyone around him miserable. The cycle of hatred ends when Heathcliff's son and Catherine's daughter fall in love. Heathcliff dies a tormented man, haunted by the ghost of Catherine.

Another prominent Heathcliff is a cartoon cat. The comic strip Heathcliff was created in 1973, and it's a rather predictable story line about a wise-cracking tabby cat. It was also made into a mediocre Saturday morning cartoon. To be honest, I don't think Heathcliff is printed in newspapers anymore, so this association might have faded away.

Heathcliff would be interesting to see on a playground. The name is manly, if a bit stuffy. But it's an odd duck these days. With today's name fashion, you're more likely to meet a kid named Heath rather than Heathcliff. In fact, the late actor Heath Ledger was named after Heathcliff, while his sister was named after Catherine (naming siblings after lovers? They were siblings in the book, but still...icky!).

Being part Irish, I have a thing for tragic romance. And the name Heathcliff leaves an imprint of tragic romance. The whole incestuous thing would make me pause, but in the wider world it might not be a problem. Popular culture paints Heathcliff as an anti-hero. So it all depends on how you see the character on whether it would be an option or not.