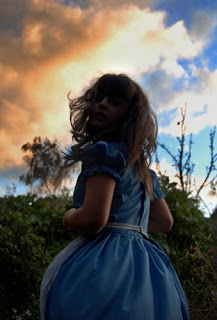 I have a request for Chloe from a reader called A. I'm excited, the websites very first request!

Chloe (pronounced "KLOH-ee") is derived from the Greek khloe, meaning "young green shoot." Chloe was used as the summer name for Demeter, goddess of grains, fertility, and the seasons. This name is also featured in the ancient work of literature Daphnis and Chloe. The story is about two young people in love and struggling with they're new feelings for one another. This story was made into a ballet with music by Maurice Ravel.

Chloe became popular as a name during the Classic Revival period, where there was a renewed interest in Roman mythology. A woman named Chloe also had a fleeting appearance in the Bible. The name was adopted by the Puritans.

In the American South, Chloe was a popular slave name. It was very common for slave owners to give their slaves names from Roman and Greek mythology. In Harriet Beecher Stowe's anti-slavery novel Uncle Tom's Cabin, Chloe is the name of Uncle Tom's wife.

Chloe continues to be extremely popular not just in America but around the world. Last year it peaked at #9 in the United States. Elsewhere, it rates #2 in Australia, #4 in Scotland and Wales, #5 in France, #6 in Canada, #7 in England, #12 in New Zealand, #14 in Ireland, and #19 in Belgium. That a lot of little Chloes.

Variations include Cloe and Khloe, although the later has been tainted by the way-too-famous-for-no-reason Khloe Kardashian. Not the best namesake in the world. Which is probably why I'm not overly fond of this name, aside from it being just too popular for my tastes.

But it does have a very beautiful sound, and is popular enough to fit into a non-Pagan crowd. Even with how common it is, some people still have trouble pronouncing it. But that's a small problem. Chloe is a lovely name for a little witchlet.