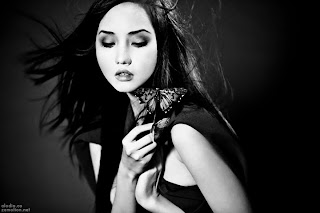 I can remember when baby name books were saying that this name was never going to come back. That it was a dead, untouchable, ugly name. When was that, three years ago? And now look at it! It seems like I'm finding little baby Agnes' all over the place. Continuing on with the party, we're going to look at Agnes more in depth.

Agnes (pronounced "AG-nis," or if you're French "AH-nyez") is derived from the Greek Hagne, meaning "chaste," "pure," or "sacred." It has saintly associations, a thirteen-year-old Saint Agnes was martyred for her beliefs during Roman times.

Agnes belongs into a class of names that I like to call "clunky Caucasian grandma names." Other names in this category include Bertha, Ida, Frances, Gertrude, Mildred, Ruth, Maud, Olive, Thelma, Ethel, and Gladys. But these names appeal to some people, because they're becoming new again. Others pick these names specifically because they sound like a group of old ladies playing cards. That's the charm for them.

Agnes has a ton of namesakes, both real and fictional. But it's Agnes Nutter that interests us today. The character is from Good Omens: The Nice and Accurate Prophecies of Agnes Nutter, Witch by Neil Gaiman and Terry Pratchett. The book is a funny parody of the horror film The Omen. Kind of. Agnes Nutter is depicted as the only true prophet, who published a book of her prophesies in the 17th century that did not sell well. She is eventually burned at the stake, but because she foretold her own death she had the foresight to fill her petticoats with gunpowder and roofing nails, so the angry mob went down with her. Boy, did she show them. The last copy of her book belongs to her descendant Anathema Device, who uses it to find the Antichrist. Device....Device....where did I hear that last name before?

So if you would like to bring back Agnes, it's certainly the right time to. There are plenty of variations like Aggie, Annis, Inez, and Nessa. It's not going to be everyone's taste, but that's true of all names. No matter how many times they'll say that it's too old, once the little Agnes is born it'll be young again.